Can I Tell You a Funny Story? 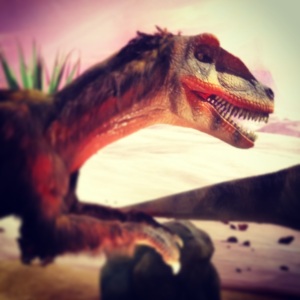 If you feel like you know me a little better or a little weirder after today, then choose the appropriate response that I will happily offer you later: Yay. Hug. I’m sorry.

It rains one day out of each Oregon summer, and on that day, I canceled my outdoor plans and decided to pack up the kids and head to the science museum with my grandma (her flexible schedule, need for adventure, and tolerance for fossilized levels of snacks and clothes in our car are a great fit).*

*I would add her picture and profile to the Chaos Team, but she doesn’t really like the Internet and all of its over-sharing. It’s already too much that I’ve divulged that I have a grandma and that she occasionally gets in my car. So if you see us driving around please don’t be like, “Grandma! What up!? You are owning it on the blog!”

So we picked up my grandma, but I realized I had forgotten my wallet in my husband’s car and he had flown to California for the day. So we headed to the airport parking lot, used the key beepie-thing to find the car, retrieved the wallet, and finally headed to the museum.

When we got to the parking lot, I had this moment when I thought, I would like to feel like a grownup today. It was a crazy thought, but I indulged it: I grabbed my purse—a real, adult purse—and threw my wallet and a back-up diaper in it. Then I, with Baby Woww on my hip and purse on my arm, K-Pants, dressed in a soccer uniform in case a field should appear, and my grandma, all headed through the driving rain to the entrance.

As we trudged toward the museum, the anticipation of potato chips and giant Lego blocks and a roof over our heads keeping us moving, I realized I was in trouble. It was my womanly time of the month, and—let’s cut the euphemisms—I was bleeding and it was about to get noticeable in a way that all women dread.

The rain, the wallet, the bleeding…

[Scene pause. Clouds are dark. I look up dramatically at the sky. “Can’t a girl get a break today, God?!” Thunder clap. Whining.]

We blew past the crowds and I headed straight to the bathroom where I dug around in my purse for a pad or a tampon. Nothing. Nothing! Diaper!

Well, it would have to do. I would wear Baby Woww’s diaper. It was just the amount of super-absorbent material I was looking for, frankly, and the skinny jeans I was wearing did a bang-up job of smoothing out the bulk. This is as close as I’ve ever gotten to a butt-lift.

Newly padded, I met up with the crew, and we headed off to eat lunch and see the dinosaurs. At lunch I was snuggling up to Baby Woww, and I realized that he seemed rather lithe in his toddler sweatpants. Of course! We’re potty training him, and as I ran out the door I forgot to put a diaper on him as I’d planned. He was going commando. A toddler with no diaper is a ticking time bomb. My cute adult purse was empty: I was already wearing his diaper.

[Scene pause. The cacophony of the science museum cafeteria freezes. A spotlight shines down on my super-absorbent body. God says, Take them to the animatronic dinosaurs. Let them be scared out of their minds. Leave when Baby Woww wets his pants.]

So we did the animatronic dinosaurs. The boys were terrified. We saw one, and my grandma said, “I know people who look like that.”

Then Baby Woww peed in his toddler sweats and we headed for the car. Like Milli Vanilli, this one gets blamed on the rain.

I’m not sure if this is more dignity-busting than the time I sent K-Pants to preschool with some Victoria’s Secret panties velcroed to his coat, but it’s a photo-finish.

This entry was posted in Something to think about. Bookmark the permalink.

9 responses to “Can I Tell You a Funny Story?”