Buy Your Tickets for the Portland Thorns Already!

It’s time for the Portland Thorns home opener: THIS Saturday, 7pm, Providence Park.* You have your tickets, right?

Of course you do! Because you got them here. I’ll see you in the general admission section!

Watching women’s soccer in Portland is exhilarating. On ESPN, women’s sports are relegated to the janitor’s closet in the basement, making it onto that never-in-order-of-appearance, left-hand news bar about the same number of times per year as states who’ve legalized gay marriage. (Not sure? 17.)

So if you didn’t know that there’s this soccer league, and it’s women, and they are world-class (like possibly—shhh—more talented than the men), then I would forgive you. 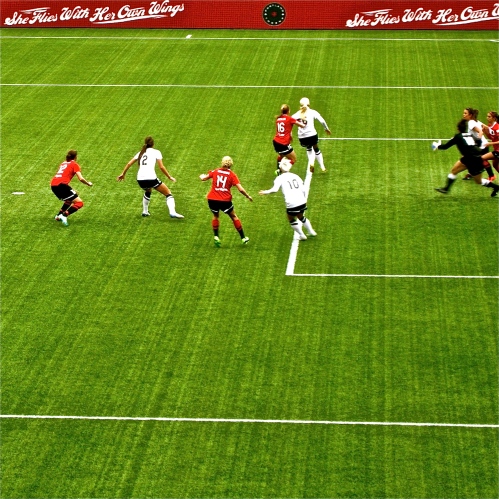 But in Portland you would know. Because we set the National Women’s Soccer League attendance records last year, and in spite of what some people say was a missing midfield for a lot of the year, we won the national title. 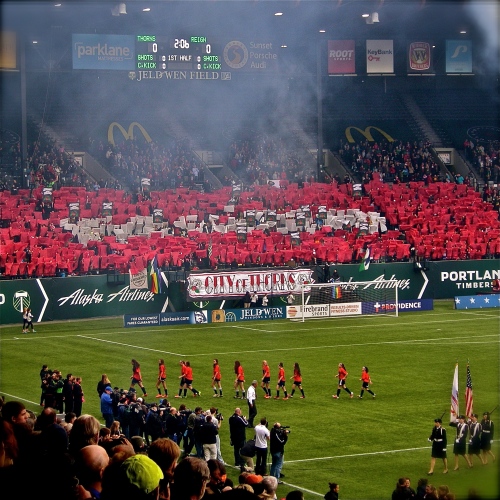 If you see equality as a positive adjective, then you should feel good about supporting women’s sports when it’s as easy as buying a Widmer and an Olympic Provisions charcuterie plate at the concessions, and then joining your fellow Cascadians in some yelling and clapping.

So go get your tickets already! They are cheap, chants are loud, and kids are welcome. Bring them!

And I will tell you that story tomorrow. Or whenever the rain comes back and I have to wash the dirt off my hands and come in from the garden.

*Yes, they renamed Jeld-Wen this year, which before was PGE Park, which makes me think we should just go back to calling it Civic Stadium, and calling Macy’s Meier & Frank. You with me, Stumptown? I know ODOT would appreciate not having to change the signs so much….

One response to “Buy Your Tickets for the Portland Thorns Already!”